THE PARABLE OF THE GOOD SHEPHERD 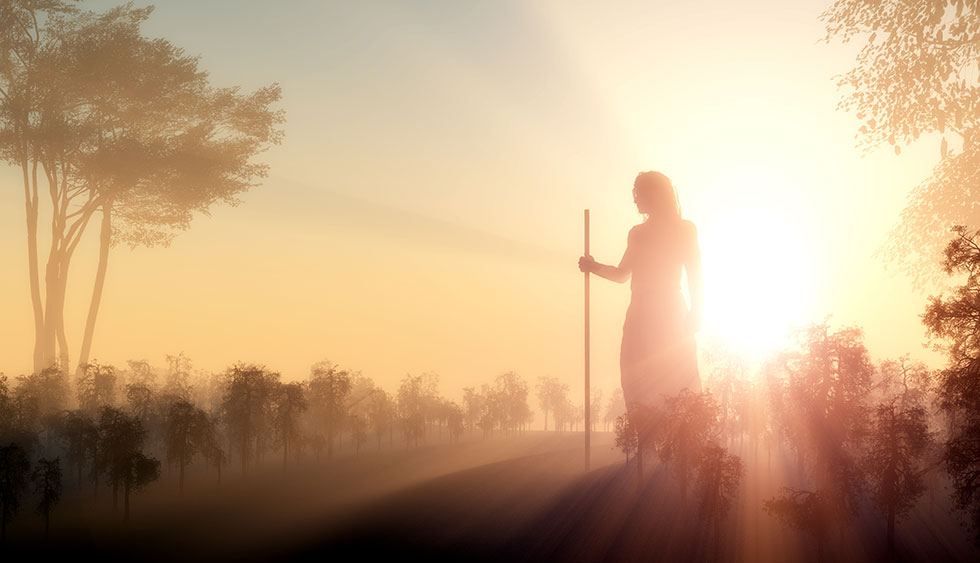 The Bible often uses the image of the
shepherd and his sheep to speak of the
relationship between God and his people
Israel (PSS Is 40:11; 44:28; Jer
25:34-35). God is the shepherd, par excellence
but he delegates this role to us especially to
the leaders among , us. The , role z of the
shepherd is to lead his flock to pasture, look
for water for them, protect them from wild
animals and from thieves, and leads them
safely home again. This, sometimes, means
putting his life-at risk for them.

The history of Israel shows that most leaders
did not serve his people in the way God
wanted. They looked out for their own
interests, not for good of their people (Ez
34:1-10; Jer 31:10). Because many of
these leaders had neglected their sheep, God
promised that he would himself be the shepherd of his flock and raise up a shepherd who
would have their good at heart (Ez 34:11-31).

In the New Testament the image of sheep and
shepherd is taken up by Jesus to express his
relationship with his people. The crowds that
come to him hungry for his teaching are
compared to a flock without a shepherd (Mk
6:34). He feeds them through his teaching. He
not only feeds the healthy sheep to keep
them strong, he cares especially for the sick
and the lost among them and brings them
back to the fold (Lk 15:1-7).

The first task of a Christian leader is, like that
of a shepherd, to feed the flock with the Word
of God. If they do not provide good spiritual
food, Christians go astray.